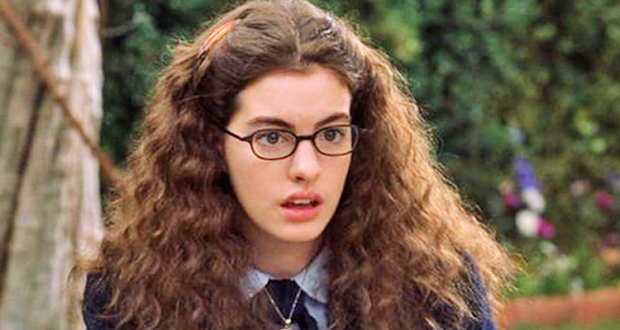 I don’t know about you, but I spent a lot of time reading as a child. You know, back when reading was fun and didn’t involve ploughing through pages of Pierre Bourdieu and Jacques Derrida (not to dis those guys, but they’re migraine-inducing). It’s taken me almost a year since graduating to reconnect with my inner bookworm and actually read for pleasure again – and it’s going pretty well as you can tell from my recent April Obsessions post.

One of my favourite authors as a tween/teen was Meg Cabot. I devoured her Princess Diaries series – some books in a single sitting – and then desperately sought out her other work, including the YA novels she originally published as Jenny Carroll.

So imagine my excitement when Cabot recently announced that she’s finally releasing a new book in the Princess Diaries series, and this time it’s for adults!

It’s been a whole five years since the last book in the series was published, and almost fifteen since Mia Thermopolis first made her mark on girls’ hearts everywhere. This time she’s leaving her Gifted and Talented class behind though, and in Royal Wedding, Princess Diaries XI we’re rejoining Mia as an adult bride-to-be! Yep, she’s finally marrying Michael Moscovitz – all of my teenage dreams are fulfilled. And yes, I am one of those fans who likes to pretend that the movies never existed… Anne Hatha-who?

Although this book will be aimed at adults, Cabot is cleverly introducing a long lost younger sister. Olivia Grace, Mia’s half-sister, will get a spin-off series aimed at younger readers: From the Notebooks of a Middle School Princess. The diaries, set in Genovia, will also be illustrated.

The books won’t be released until next summer (2015), but I’m already dusting off my old copies to catch up. And if you fancy getting a sneak preview of the new book (plus a complete signed set of the first ten books in the series) I spotted this charity auction… (’til the end of May!)

Everyone and their dog is getting excited about the new Princess Diaries book, but Cabot also announced in the same post that my absolute favourite teen series is also finally getting a seventh installment, and it’s also aimed at adults.

The Mediator series, which always seemed heavily-influenced by Buffy in a that’s-awesome way, follows Susannah (“Suze”) Simon, a teenager who can communicate with ghosts. She’s more of an action-shero than Mia, and spends most of her time performing exorcisms and tracking down murderers. For some reason they’ve never adapted the Mediator for TV, even though clearly it would be amazing, but at least finally we’re getting a new book.

Check out the plot:

In REMEMBRANCE, the seventh installment of the Mediator series, all Susannah Simon wants is to make a good impression at her first job since graduating from college (and becoming engaged to Dr. Jesse de Silva).

But when she stumbles across an ancient murder, old ghosts—and ex-boyfriends—aren’t all that come back to haunt her.

What I think is most awesome about this is that Meg Cabot is clearly writing these for the same fans who loved her from the start, the fans who literally grew up with Mia and Suze, and are now young adults who can continue to grow up alongside their favourite characters. I’m sure the money from book sales is rather nice, but I’d also just like to says thanks to Meg, because I’m so excited to see my favourite characters revisited.